All Collections
Explore the Science
Tests
What is the Spatial Span test?

What is the Spatial Span test? 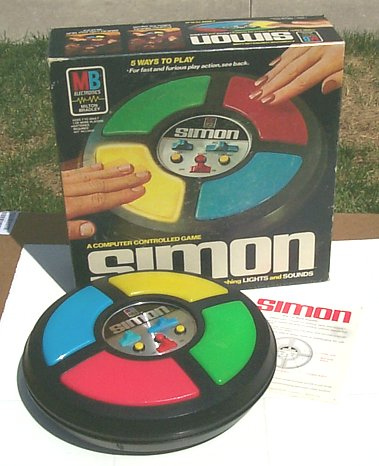 Spatial Span is a bit like that game, except harder, because you don't have colours to help you, and there are sixteen lights!

You'll have to remember a sequence of flashing boxes that appear on the screen, one after the other. Then, when you hear the beep, click on the boxes in the same order you saw them flash. If you are correct, the next problem will have one more box in the sequence. If you make a mistake, the next sequence will be one box shorter. After three errors, the test will end.

So to get maximum points, pay careful attention when the boxes flash, and reach the longest sequence of flashes you can possibly remember.

Your score on this test contributes to:

The Science Behind Spatial Span

The Spatial Span test relies on your visuospatial working memory; the component of working memory that allows you to temporarily hold and manipulate information about places. The BrainLabs version of Spatial Span is a variation of the Corsi block tapping task (Corsi, 1972), a widely used tool in clinical neuropsychology to assess non-verbal memory deficits. The original task involves irregularly arranged mounted wooden blocks, and the examiner taps out a sequence that the patient is required to mimic.

Neuropsychological assessment reveals that brain-injured patients who have damage to the parieto-occipital parts of their brain show impaired performance at this task. Although some frontal lesion patients have also shown visual spatial deficits, this tends to only be the case when the visual spatial memory task involves a planning component (Owen et al., 1990). To try to understand more about visuospatial memory we scanned the brains of participants using a technique known as positron emission tomography (or PET scanning) while they were performing this task. The results showed that performance was associated with activity increases in the mid-ventrolateral frontal, posterior parietal and right premotor cortices (Owen et al., 1999).

Spatial Span in the Real World

Getting lost because you can't retrace your steps? Having trouble following dance moves? Try improving your spatial span.

Many everyday activities involve visuospatial working memory, including finding your way around your environment, judging the position of other motorists while you are driving, and searching for your keys. According to one very influential cognitive model of working memory (Baddeley & Hitch, 1974), visuospatial working memory depends on a specialised sub-component of the working memory system. This is referred to as the "visuospatial sketchpad" and is thought to have a visual "cache" responsible for storing visual form and colour information, and an "inner scribe," which deals with spatial and movement information. Spatial Span task places significant demands on the inner scribe.

Our research, and several classic studies in the neuroscientific literature, have shown that visuospatial memory can be improved through "chunking" strategies. Chunking involves recoding items into memorable clusters of information. It is this process that is thought to underlie the expert abilities of chess masters. In one study, chess masters were shown a chess board configuration for only a few seconds and were much more able to accurately recreate the same configuration than non-expert players (Simon & Gilmartin, 1973). These experts seem to use their knowledge to create meaningful chunks, consisting of several chess pieces, thereby increasing the capacity of their visuospatial memory. The size of an expert's vocabulary of chess-related configurations was estimated to be an incredible 50,000 to 100,000 chunks! Using a type of brain scanning known as functional magnetic resonance imaging (fMRI), we have shown that the lateral prefrontal cortex contributes to our ability to chunk information (Bor et al., 2003).